THE CONSULTATIVE COUNCIL OF SHARJAH - FENCE AND GATE REFURBISHMENT WORKS

In December 1999, Sheikh Dr. Sultan bin Mohamed Al Qassimi, Ruler of Sharjah, issued law No. (3) of 1999 on the foundation of the Consultative Council of Sharjah, located in Sheikh Zayed Street, Halwan Suburb, Al Yarmouk, City of Sharjah. The Consultative Council of Sharjah office has different tasks and responsibilities including reviewing draft laws that are referred to them by the Executive Council, discussing public affairs matters affecting different government departments and submitting recommendations to the ruler. In more than two decades after the government office was constructed with decorative gates and fencing enclosing the entire area, a refurbishment of the metalwork (although not originally supplied by Alico Industries) was deemed necessary to restore the building and its surrounding beauty to its original glory.

Alico Industries’ – Architectural team was given the task of fully refurbishing and restoring this entire decorative fencing and gates not only to the original “as new” state but to an even better condition both in strength of structure and durability of finish whilst maintaining completely safe, timely and cost-effective delivery of this service. 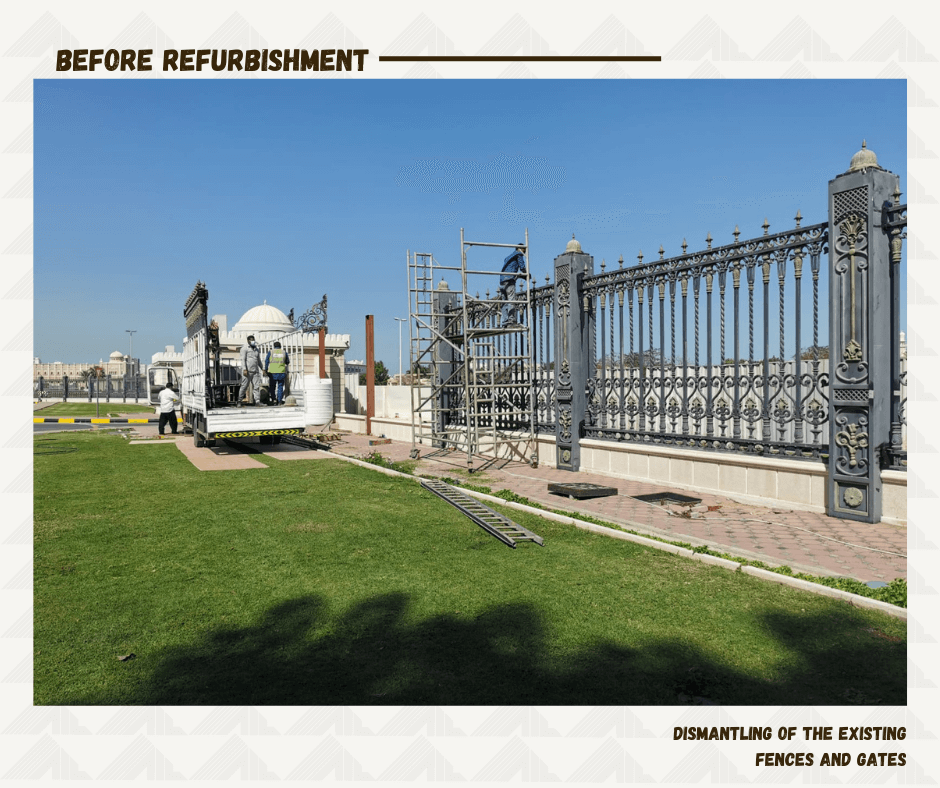 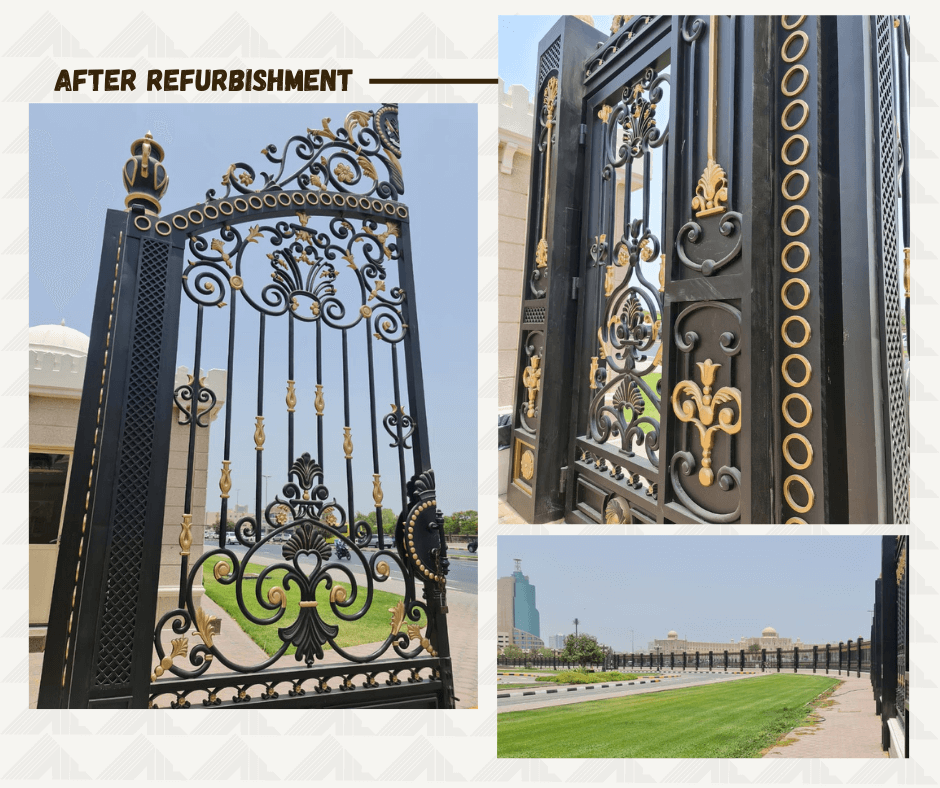 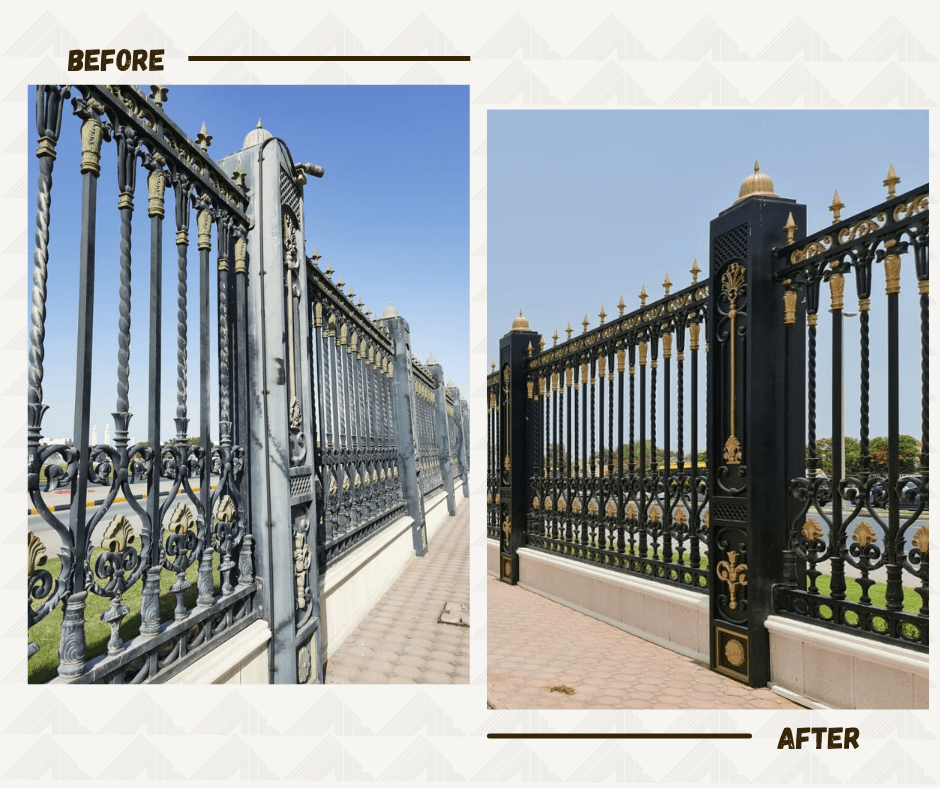 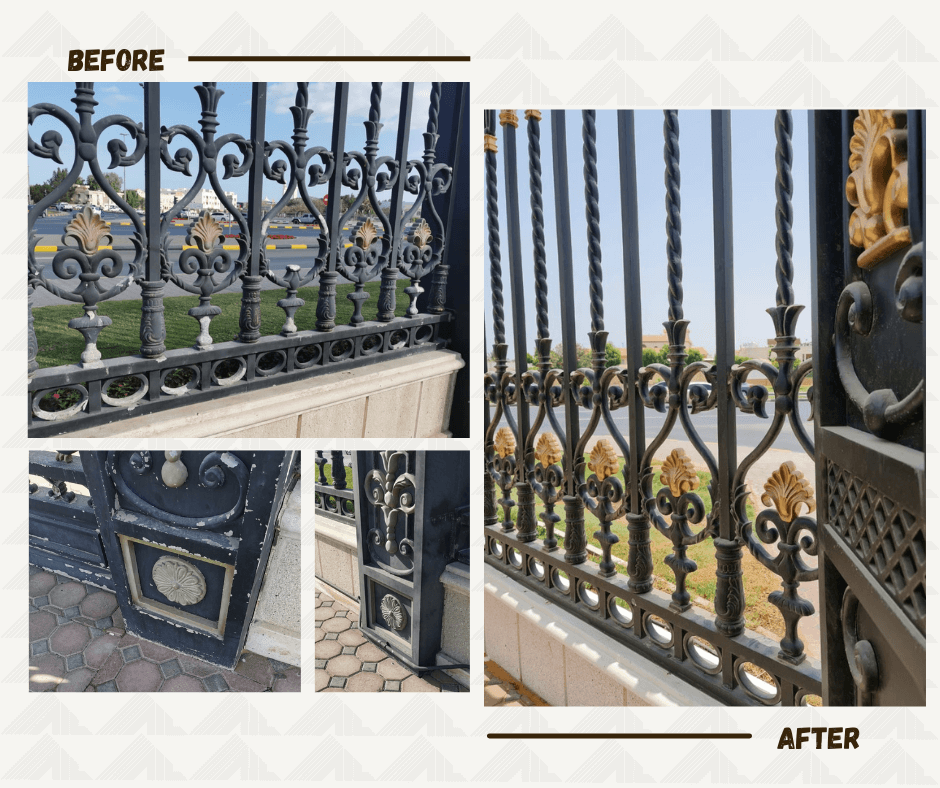 Alico Industries Company Limited is a subsidiary and a member of GIBCA group of companies, a major UAE industrial group with multi-disciplined activities covering industries such as Cable Manufacturing, Curtain walling, Glass processing, Aluminum and steel cladding, Air conditioning, Oil lubricants as well as being involved in trading, real estate and general trading